The Manchester Derby is finally over. Was it really worth the hype? In my opinion yes. It’s the best I’ve watched in years.
So the game ended 2-1 in favour of Manchester City (you people should reverse my prediction I was quite close) with De Bruyne netting a goal assisted by Kelechi Iheanacho and also adding his name to the goal chat by pouncing on a loose ball after Blind played him onside. Ibramovich made it 2-1 by capitalizing on Claudio Bravo’s failed decision to either punch or catch the ball in which he went for the latter, leaving a loose ball for Ibramovich which he slotted into the right corner of the net.
So what really happened during the game? Let’s see.
Manchester United and Manchester City made some changes to their starting eleven with Henrik Mkhitaryan and Lingard were preferred to Juan Mata and Martial (only Mourinho can explain that decision though) and for Manchester city, Kelechi played in place of the suspended Aguero also with Claudio Bravo playing ahead of Willy Caballero following his summer move from Barcelona.

Manchester United started out in a 4-2-3-1 formation but taking the 4-4-2 formation when defending with being conservative when pressing. Each player is not allowed to move or drift too much away from the position they are holding and not move too further up the pitch so they can stay in shape. There wasn’t much to actually discuss about Manchester United’s formation, and their supporters will like to immediately forget how they played in the first half because they played horribly without any counterattacking outlet as both Mkhitaryan and Lingard paralyzed the two wings.
Manchester City meanwhile, played one of the best football games I’ve seen with very good attacking dynamics and this is all on Guardiola for his good anticipation by playing a 4-1-4-1 formation which is quite similar to 4-3-3 – this is just to provide midfield stability since he already anticipated Mourinho’s conservative pressing. Because of this style of pressing it gave John Stones and Fernandinho the chance to drive into half spaces with the ball since Manchester United were struggling to press those spaces and with this they were able to drive into the midfield to make penetrating passes. The way Manchester City moved with the ball probably dazed Paul Pogba and Fellaini and considering how not too good they are with their positioning they were greatly overplayed by Silva and De Bruyne. De Bruyne moved in between the lines for City and with his movement he was constantly evading Paul Pogba and with this he became City’s attacking outlet since he can easily evade his player and he justified this by scoring a goal pouncing on a ball Daley Blind thought was his.
Silva’s movement with the ball was tremendous (no wonder he’s one of my most loved midfielder) the most interesting part is how he dummied Fellaini almost throughout the game by starting centrally and constantly drifting wide with the ball towards Nolito this creates a 2 vs 1 as Fellaini constantly got caught in between Silva and Nolito and for the reason I gave earlier the players are allowed to press conservatively so they won’t leave their position to help Fellaini out. With Fellaini out they quickly recycle the ball back into the middle of the pitch taking Fellaini out of the equation with De Bruyne now having to deal with Pogba.
Another player that was very influential during the game was Fernandinho. His positional shift with Stones was incredible. Each time Stones moved into the midfield he moved back to create a centre back partnership with Otamendi until Stones got back. Stones’ style of playing as a ball playing defender made it easier for him to play penetrating passes into the middle third of the pitch.
It’s also important to know the roles played by Sagna and Kolarov. We all know how Guardiola’s full backs acts as extra wingers to provide width this time was a little different. Though they acted to provide width it was more in the midfield position and once the ball is in the middle third or in the final third they drift back into their half and provide extra centre back up to prevent a counter attack from Manchester United. This worked in the first half effectively with Lingard and Mkhitaryan already paralyzing the wings by not providing width and not effectively making do with the counters. Another part of Manchester City’s game is their counter pressing once they lose the ball they don’t waste time before winning it back.
So going into the second half Mourinho making some interesting substitution Rashford and Herrera were brought in for Lingard and Mkhitaryan with this Pogba moved up the pitch with Herrera partnering Fellaini and Rooney drifting out to the wing. Rashford was made the attacking outlet. The trio of Ibramovich, Pogba and Rashford, a close pressing of the centre backs thus disrupting Manchester City’s ability to build from the back. Guardiola responded to this by bringing in Fernando to replace Iheanacho to create additional men behind, someone that can play in the midfield and also someone with physical attribute. He also brought on Leroy Sane for struggling Sterling to provide a counterattacking which was not well executed by Sane, but let’s spare him though he’s just returning from an injury. Manchester United kept pushing Manchester City into their half but couldn’t get the goal.
The Claudio Bravo criticism

See you next time. 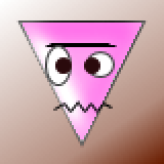 0 0 0
Previous ArticleMARRIAGE AND FAMILY LIFE: SEPTEMBER 2016
Next ArticleThe House That Built You.
Comments (1)