Obedience is one of the kingdom principles that is fundamental to the journey of life of any Christian. This is of course on two levels. The first is obedience to authorities, both spiritual and physical, and the second being obedience to the voice of God.

Today we will be speaking on the latter, obedience to the voice of God. We will see how obedience is an evidence of your belief of the word of God, and how obedience of that word will save you when the waves of life start crashing down on your plans on account of the word that came.

Let’s examine a scripture, Jesus was speaking, and He said, “whoever cometh to me, and heareth my sayings, and doeth them, I will show you to whom he is like; He is like a man which built an house, and digged deep, and laid the foundation on the rock: and when the flood arose, the stream beat VEHEMENTLY upon that plan, and could not shake it: for it was founded upon a rock.” (Luke 6:47-48). What Jesus was simply saying here is that obedience to His word that we constantly hear provides depths for us to lay our “houses” (lives) on a secure footing. The secure footing here being the rock. Another striking revelation this scripture brings to bear is that the rock is not found on the surface. The implication of which is that the stronghold of any man’s life, ministry and relationship with God is in His level of obedience to the instructions of God.

Another truth that this scripture reveals is the fact that the storms of life will come crashing down menacingly on any structure which is built in light of the word heard. Such structure could be finances, ministry, relationship(s), family, etc, but as far as that structure is built in the blueprint of the word, a flood will arise and the stream will try to collapse the “house”. However, as far as such structure/house is firmly affixed into the land, having created depth in the earth by obedience, the floods will not prevail.

This parable as given by Jesus indeed shows us why many persons in the body of Christ are not victorious. This is as a result of the fact that indeed they come the come, they hear the hear, but fail to do the do. When God lays plans in our hearts, and shows us what to do in dreams or visions, how many bother to ask God what role we are to play in all this, and actually obey?

What has God placed in your heart today in regards to that great future of yours? And what has He told you to do in respect of same as revealed through scripture? Are you following through with his instruction? If not, do so today as that obedience will form the depth upon which you will discover a rock which will hold that plan, vision or dream firmly. God bless you. 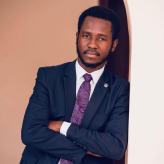 0 0 0
Previous Article﻿MARRIAGE AND FAMILY LIFE APRIL 2017
Next ArticleWhen am I going to blow?
Comments (0)