Thus far we have pored over the issues of marriage and family Life. And we have learnt that God has made much provision in His word to make marriage a glorious possibility. But most marriages fall short of God’s purpose for the marriage union. Instead of claiming the promises of marriage, most couples unconsciously court the problems that arise from the marriage relationship.

The handling of money is one of such areas where problems crop up in the family.

The focus in this post will be on money in relation to the family. Here, I will show you how that money gives rise to problems in the family, how you can asses your family’s financial performance, the steps you can take to attain financial freedom, and how Faith can fund your family.

MONEY – THE ROOT OF FAMILY PROBLEMS:

Money occupies a decisive position in the family. It is one of the strongest dependent factors of a radiant marriage. In the preceding chapter, I simply called it “Fairness in Financial matters”.

From your own experience I have no doubt that you must now agree with the fact that money is of great importance in marriage. Primarily because of its pivotal position, money has successfully diverted many husbands and wives from their marriage covenants.

“But they that will be rich fall into temptation and a snare, and into many foolish and hurtful lusts, which drown men in destruction and perdition. For the love of money is the root of all evil: which while some coveted after, they have erred from the faith, and pierced themselves through with many sorrows.”

1. The ambition to accumulate wealth keeps the man or the woman outside the home too often. Consequent upon this, he or she robs the family of the love, time and care that is due them. This causes dissatisfaction and dryness amongst members of the family.

2. Nursing the desire to be like the Joneses leads to irrational spending, thus draining the family purse. When you measure your standard of living with your neighbours; you will import their problems into your home. King David spoke of something that happened to him when he envied the prosperity of those around him. “But as for me, my feet were almost gone; my steps had well nigh slipped. For I was envious at the foolish, when I saw the prosperity of the wicked.”

Psalms 73:2-3 KJV. Being envious of the wealth of others gives rise to a lot of problems in your home.

3. Pride in either of the couple also triggers the need to have more money than the other. And this causes problems in the family. King Solomon clinched this point in Proverbs “Pride goeth before destruction, and an haughty spirit before a fall.”

4. The couple’s fear of not having enough for their children and the future makes them to plunge into endless hours of labour in the early years of their marriage.

5. Disagreement between husband and wife on the use of fund also creates problems in the family. Each member has a different perspective, different set of priorities, and different interests. Therefore there is a divide in deciding how family fund should be disbursed.

Until next month if my LORD JESUS tarries,

“His mother saith unto the servants, Whatsoever He saith unto you, do it.”

“If ye love Me, keep My commandments.”

My LORD JESUS is Coming.

JESUS Is Alive In me. 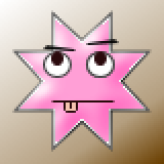